Welcome to the city on four rivers, the city of parks, and numerous medieval castles! Let us show you our beautiful promenades, the cutest cafés, and lovely river banks. 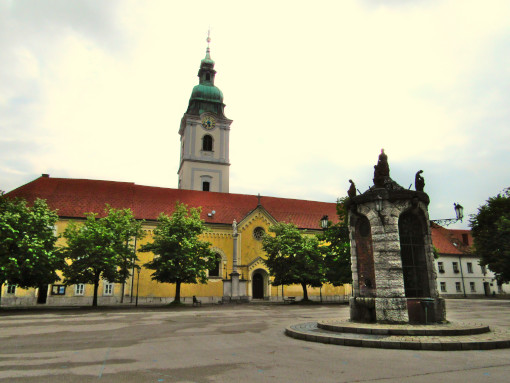 Karlovac city tour will take you on the journey through the town’s history. On the tour, you will explore the Old Town of Karlovac, the famous “Star”. The attractions of the city center include the oldest music school in Croatia, the town’s museum, Zorin Dom theatre, a Franciscan monastery with museum and church, and many other historic buildings. You will also take a walk along the town’s promenade and one of the most beautiful parks of Karlovac. We will finish our tour at Dubovac Castle, a medieval castle from the 13th century.

The city tour is available in English, Russian and Portuguese (other languages on request). 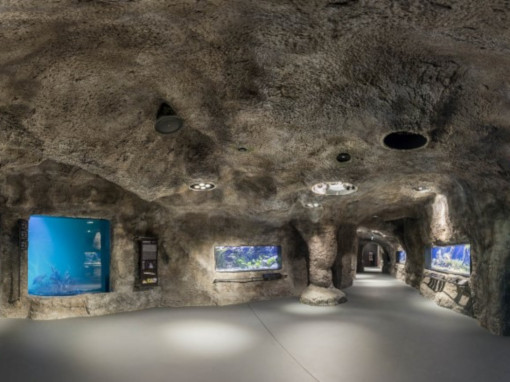 Aquatika Freshwater Aquarium, the first and only freshwater aquarium in Croatia, is a unique tourist attraction. Located on the bank of the Korana River, the aquarium offers an interesting and educational insight into the amazing freshwater world. Being a city on the four rivers, Karlovac is a perfect place to learn about the topic. It is also a perfect destination for children and nature lovers. The aquarium represents the flora and fauna of the four rivers and their basins. Divided into different habitats, the aquarium contains an upper stream, middle flow, and lower stream species, as well as endemic and migratory species. 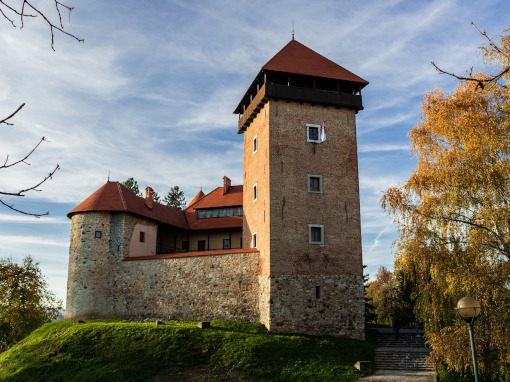 Among other monuments and attractions, the Karlovac area counts with 16 medieval castles, several forts, towers, and old towns. The most famous among them is Dubovac Castle, situated on a hill above the town’s center. The castle is one of the most beautiful and best-preserved architectural monuments of the feudal period. Built in the 13th century, Dubovac got its present look in the 16th century. Today, the castle, with dominant Renaissance and Gothic elements, is a popular tourist site. The tower houses a museum and a viewpoint, while the patio of the castle houses a lovely restaurant.

The Homeland War Museum is a modern, interactive museum, opened in 2019. Located in the old Austrian barracks, not far from the center of Karlovac, the museum tells a story of the 90s war, the war veterans, and Croatian independence. The permanent exhibition includes 350 original objects, hours of multimedia content, video presentations, animations, and films. The open-air exhibition in the museum’s courtyard includes real-life replicas and many original pieces of weaponry, such as tanks, cannons, aircraft, and other armored vehicles. The Homeland War Museum is a must for those passionate about history and weaponry. 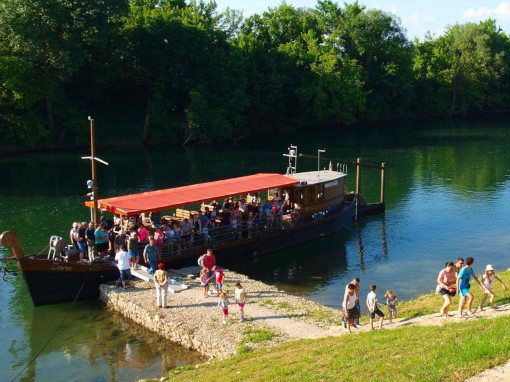 Žitna Lađa Zora is a traditional wooden boat that was once used for transport of grain and similar goods. “Zora” is an authentic wooden ship that sailed the Kupa River in the 18th century. The boat tour includes a 90-minute ride on the Kupa River, as well as tasting of the homemade liqueur and traditional cake, and listening to the traditional music. During the tour, the captain will introduce the history of the boat and the region and the rich and diverse fauna and flora of the river. During the ride, you will be able to see several historic monuments and, if you are lucky enough, you will have a chance to see animals like ducks, eagles, otters or beavers.
Besides the regular tour, there’s a possibility of booking the traditional show, which includes a 180-minute boat tour, accompanied by an animator dressed in traditional regional clothing and a band with traditional Croatian instruments. During the tour, visitors will have the opportunity to taste local specialties such as pork greaves, sausages, cheese, rakija, liqueur, wine, and fresh juice.

Contact us for more information and let’s sail together. 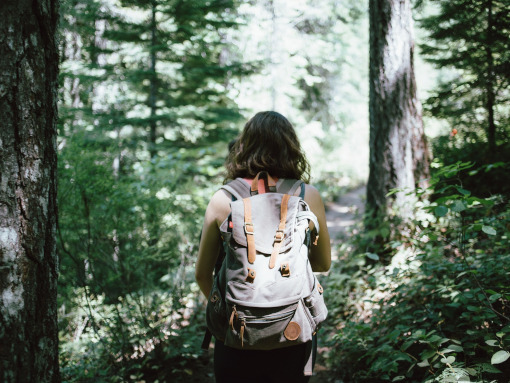 The Karlovac area is great for adventurers, active hikers, and climbers. The town area is suitable for nordic walking, with lovely walking routes along the rivers. But, at a half-hour drive from the city, you will find several great spots for hiking, trekking, and climbing. Mountains like Klek and Bjelolasica offer more challenging routs and are best to be explored with a professional guide. If, however, you prefer easier trails, explore Petrova Gora or Žumberak Nature Park. 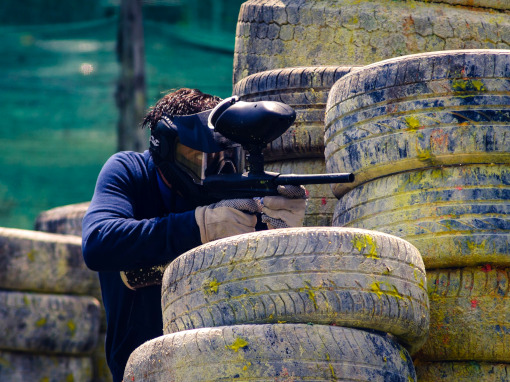 One of the team building options in the area is paintball. Gather your friends or fellow workers and let us plan your unforgettable weekend getaway! 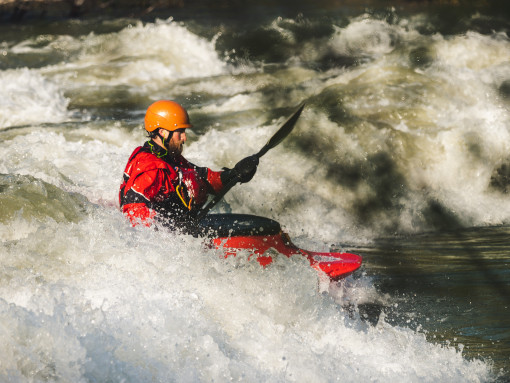 The Mrežnica River is great for rafting and kayaking. The clear, warm river, with plenty of waterfalls and greenery, offers two types of tours. The lower course of the river is ideal for a calmer ride with regular breaks for swimming. The upper course offers a more adventurous ride, with higher waterfalls and rapids.

If you are seeking adventure and unforgettable memories, this tour is ideal for you! 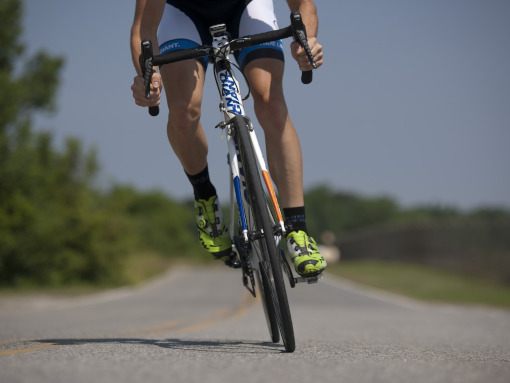 Karlovac region is ideal to be explored by bike. With almost 1000km of bike trails, the area is suitable for both professional and recreational cyclists. Trail options are numerous. With an experienced guide you can explore forests, hills, river shores, streams, and experience the untouched nature of the region. If you are an active cyclist and want to explore the area on your own, the rent-a-bike option is also available. You can even do the city tour on two wheels! 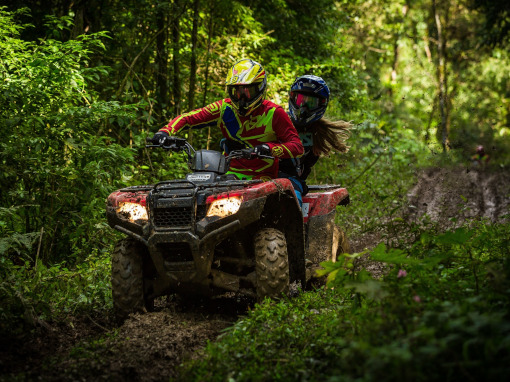 With plenty of green areas, which include forests, hills, and rivers, the Karlovac region is full of opportunities for fun and exciting activities. Some of those are adrenaline quad tours and 4×4 safari tours. There are several spots in the region where such activities are available.

The tour includes a ride in 4×4 off-road vehicles, driver/guide, filming the tour with go-pro cameras, and a snack (sausages, bacon, and brandy). All you need to do is contact us and choose your perfect tour!

Karlovac is a historic town located in the heart of Croatia, only 50 km from Zagreb. The history of Karlovac begins on July 13, 1579, with the construction of the star-shaped Renaissance fortress in a strategically advantageous area, at the confluence of the Kupa and Korana rivers. The fortress was built by Charles II, Archduke of Austria for the purpose of defense against the Ottoman Empire. In his honor, the fortress was named Karlstadt (Charlestown). The Ottoman army attempted the siege of Karlstadt seven times, but each time the fortress would resist the attack. Over the years, the fortress grew into the city of Karlovac, expanding all the way to the Mrežnica and Dobra rivers. However, even today, the “Star” still remains the recognizable city center, surrounded by parks and promenades.

The House of Habsburg is largely responsible for the growth of Karlovac. During their reign, Karlovac has gone from being a military fortress to being a major trade and transit area. In the 18th century, three historic roads were built: Karolina (Karlovac-Rijeka), Jozefina (Karlovac-Senj), and Lujzijana (Karlovac-Rijeka). The three were the main roads in Croatia at the time as they connected the Pannonian and Adriatic region. Grain and other goods would arrive at Karlovac by the river Kupa, from where they were transferred all the way to the coast.

Today, Karlovac is still the main transit area in Croatia. It is said that all the roads lead through Karlovac. It is on the way to the coast, connecting Zagreb with Rijeka and Split. So, why not get off the highway and spend the weekend in Karlovac? 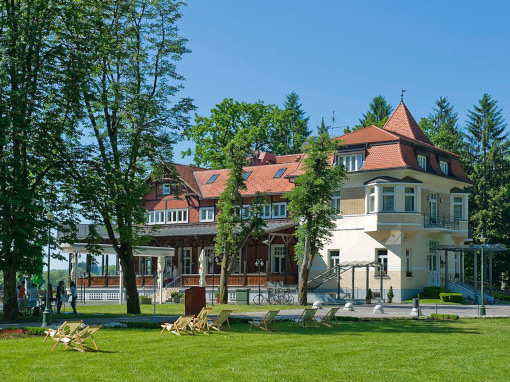 Hotel Korana in Karlovac is an exclusive four-star hotel and one of the most beautiful small hotels in Croatia. The hotel is located in a historic building on the banks of the river Korana, at a 5-minute walk from the city center. Don’t miss the chance to stay at this incredible boutique hotel, with the most stunning view of Karlovac. 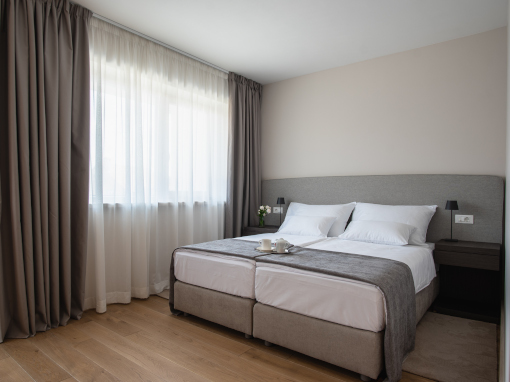 Hotel Florian & Godler is a newly built four-star boutique hotel in the center of Karlovac. In addition to top accommodation facilities, hotel guests are welcomed to use all the additional facilities. For a complete wellness experience there are Turkish and Finnish sauna, jacuzzi, relax room, and massage room. The hotel also houses a restaurant and parking area. Contact us and stay in this lovely modern hotel! 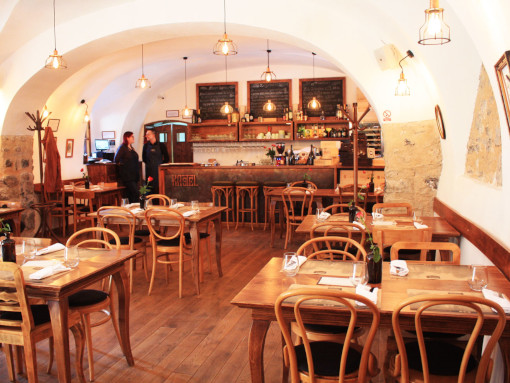 Located in the medieval Dubovac Castle, the Bistro Kastel is adorned with a beautiful exterior and pleasant interior, which includes authentic old furniture. Visitors can enjoy a carefully designed menu enriched with fresh ingredients of the Karlovac region, prepared in an imaginative and modern way. Don’t hesitate and book your table now! 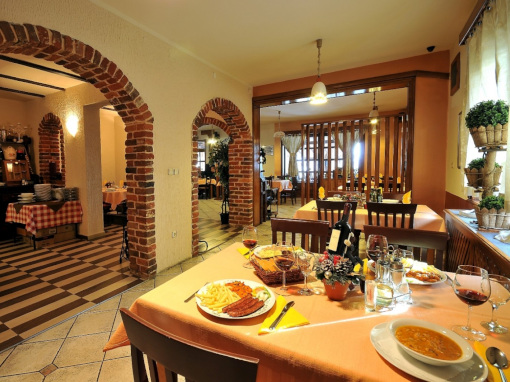 This family-style restaurant is a cozy rustic place, just outside the city center. The restaurant is known for its meat dishes. Meat, as the main thing on the menu, is a sign of quality, obtained from the family butcher’s shop. All the ingredients are of national production, procured from Croatian fields and farms. 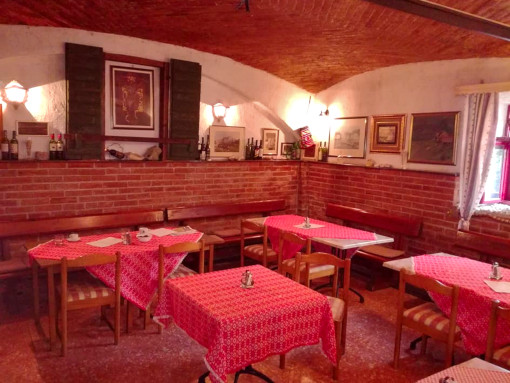 Konoba Kostanjac is a family tavern with a long tradition and an excellent and varied offer. The tavern provides an exceptional experience in its rustic interior. Located on the edge of the city center, the palce is serving traditional Croatian food, with emphasis on Dalmatian cuisine. 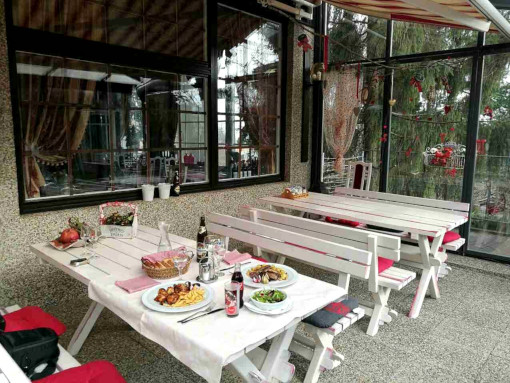 Restaurant Kalvarija is a family restaurant serving traditional local cuisine with a modern approach. Paying special attention to local ingredients, the food is prepared in the most natural way possible. Located on a hill, at the edge of the town, the restaurant offers a pleasant ambience and privacy.

Karlovac what to do was last modified: May 27th, 2020 by Marilia Oliveira